Do you wish to communicate with those who talk in a foreign language? Are you too laid-back to learn a new language but want to speak in different languages? There was a time when people believed that translating any language into another without first mastering it was impossible. It is nothing short of a miracle that people can now interpret any other language instantly. Although, we can’t gain proficiency in all languages. Transcribing a communication from one language to another or translating someone’s message is a lengthy procedure. Nowadays, the demand for translation services in several languages is exceptionally high. It requires many channels, multiple steps, and no quality compromise. Having an app with real-time voice translation is convenient and practical.

Today’s technology has aided users by introducing the feature of real-time translation. Real-time translation is a feature that instantly converts another language to the user’s preferred language. It does not take minutes or hours to complete, but it is a very efficient method of translating one language to another. Today, many software developers incorporate this feature into their offerings since real-time functionality has become a must for users. To communicate as a tourist, friend, family member, or client with people who do not speak the same language is not easy. Businesses are expanding into new regions around the world. However, people from different places speak different languages. Communication is a critical requirement in conducting business and commerce. At the very least, one should have clarity in communicating with others in workplaces or fields with linguistic diversity.

How does a real-time translation work?

Former generations of translation technology may have converted speech to text first and then translated it into the chosen language. However, by implementing this modern technique of real-time translation, the translation process has been enhanced. The current generation uses this technology in an attempt to translate speech considerably more quickly through apps. The translation app listens to a sentence and attempts to comprehend the original language and what is said. It examines the sound waveforms to determine which speech components appear to correlate to their translations.

The technology then attempts to translate the speech into what it believes should be everyday speech in the desired language. The app uses machine learning and artificial intelligence technologies in its development. It makes use of a sound-perceiving sample matching software tool. Deep understanding and neural networks accurately predict what is said and understand the context of a sentence or a word. Following that, encoders process the entire data set. Additionally, the gadget has access to an extensive library of popular phrases, definitions, and other information that it recently discovered through examining millions of other files in various languages.

This real-time language translation feature works quite well; it converts words and phrases between your choice languages in a matter of seconds. It takes no more than two to three seconds to translate; this is a relatively excellent output time, given that those translation systems rely on cloud-based data, and there may be a latency between the speech and the translation. The network speed considerably reduces the translation time. To use the translation tool and reap its benefits, download the real-time voice translation apps to your device.

People expect to have their needs met in a matter of seconds, which is why voice translation apps are so popular and valuable. 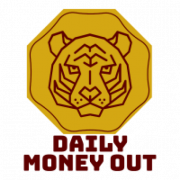 How to Leverage Property Value for All That They're Worth

Save Costs For Your Startup To Use These Free Online Tools